Paul Woolmington a senior media executive veteran and the co-founder of Naked Communications, earned his right to judge. This year, at the May 13-16, Clio Awards, Woolmington will preside for a second time over a category that he pioneered, Content & Contact — awarded to campaigns that effectively leverage the convergence of creative and media in dynamic new ways. He spoke with Inside Branded Entertainment about trends in advertising; what makes a winning campaign; and how branded entertainment is becoming more than simple product placement.

Start out by giving us an overview of Naked Communications and your philosophy.

We believe that Naked Communications is unique in the world. We’re the first, truly, engagement neutral, bias-free agency group. And what we mean by that is that we’ve taken all the vested interest off the table, so we do not manufacture anything. It’s really the agency model of the future.

Can you tell us about some of the accounts you are working on in the U.S.?

We’re working now globally for Nokia. We’re working with Coca-Cola out of Atlanta. We announced a couple of weeks ago that we also picked up the Virgin Mobile business. We’ve got about six or seven other accounts pending that we’ll be announcing over the next weeks. We’re really excited about the prospect of working with such great brands.

How do you view the branded entertainment space and market in the U.S.?

How do you define it?

I don’t think I’ve tried to define it. Just sticking a product into a TV series or being one of numerous cars that might be associated with “The Apprentice” isn’t what I think is the future of the business. I’m not saying it’s not valuable. I’m not saying Coke hasn’t got great value out of “American Idol,” but what some companies like Audi’s “The Art of The Heist,” Wieden and Kennedy Beta-7 [are doing with] narrative-based entertainment on many platforms has been really interesting.

It’s difficult to define. I think it’s really built around entertaining, engaging and surprising the consumer in unusual ways with authenticity but in forms that are non-traditional.

What are some other campaigns that you feel have broken ground for brands?

Some of the campaigns [I mentioned] all owe their genetics from “The Blair Witch Project,” from back in ’96, which was the granddaddy of all viral, narrative-based mysteries and stories. And I would [also] point to the Clio’s winner of the Content & Contact competition a couple of years ago: Beta-7. [The campaign] involved the whole subversive idea of gamers who got hold of a Beta version of their new ESPN game and were re-enacting the game in real life. It broke quite unusual ground a few years ago with use of web cams, blogs and attention to detail.

A more recent updated version of that was “The Art of The Heist.” I remember a statistic, 27% of responses came from blogs, and blogs accounted for maybe one percent of the marketing appropriation. I think the interesting thing about a lot of these brands’ narrative-based mysteries and stories is that they’re serial, they have evolved as the consumer interaction evolves, are sometimes linear and live on multiple platforms.

As for other examples, I think people love to hate is the Oprah’s Pontiac Giveaway. It was big, bold, brassy. She wouldn’t normally do something like that, but I think she felt that it was going to create a huge halo effect for her and her brand. The execution of it was done impeccably and the business results suggest that it had a huge impact on the launch of that [car] model.

The last campaign is for Rainier beer, a long established Seattle brand. The agency Cole & Weber/Red Cell went back to the iconic images of the beer and brought it back through a branded entertainment TV series hosted by two characters late at night. They lived and breathed the Rainier beer culture brand in the TV environment, but they lived it in real life in the Seattle area where they went back to the iconic locations that old commercials were shot — and re-shot them in fun ways.

Those are some notable examples, big and small, some using traditional vehicles like TV and others embedded in mysteries and blogs, so we’ve got a very vibrant market at the moment.

You helped establish the Content & Contact category for the Clio Awards and will be serving as juror. What are you looking for when judging a campaigns?

We’ve got so many awards in this country, but we don’t have anything bringing Content & Contact together. If you look at creative for creative sake, then sometimes you miss the contact part of it. And you can look at great strategies, but the work is rubbish. If you strip our business down to its bare essentials, it is about content, context and contact. And if you can get that harmony right, you’re going to be onto a winner. So, what we’ll be looking for is great ideas that understand that the medium can be the message and the message is the medium. Hence, content and contact — really the fusion of the two.

Does ROI fit into the judging at all?

Yes, I think it does. ROI is an important extra that can help someone’s case. But content and contact should be small ideas and big ideas, so we’re going to have to be a bit flexible on [ROI].

We look forward to seeing the winners of the Clio category. 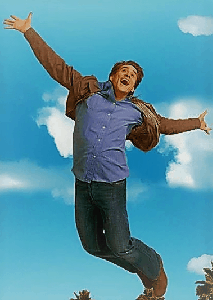